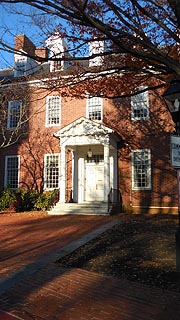 The 21st Century School Facilities Commission was convened by the Senate President and House Speaker in April 2016.

Existing educational specifications for school construction projects were reviewed by the Commission, which also evaluated whether those specifications apply to the needs of 21st century schools. Further, the Commission reviewed the findings of the 2004 Task Force to Study Public School Facilities, and how those findings have been implemented. Construction industry best practices were to be identified, and their applicability to public school and charter school construction determined by the Commission. For jurisdictions with growing enrollment, the Commission formulated long-term plans, as well as maintenance plans for jurisdictions with flat or declining enrollment.

For construction and continuing maintence, innovative financing mechanisms, such as public-private partnerships and other alternatives to traditional financing through general obligation debt, were considered. In addition, the Commission looked for efficiencies and cost-saving in construction and maintenance. Finally, the Commission evaluated the relationship between State agencies and local governments on school construction projects, as well as the role of State agencies and the statutory structure of the Interagency Committee on School Construction.

In its report submitted to the General Assembly in December 2016, the Commission identified issues for consideration in 2017.

The Commission's last meeting was held in December 2017, and its final report was submitted January 31, 2018.