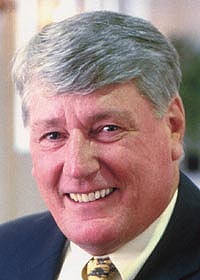 To honor Speaker Busch, in Annapolis on September 6, 2019, the Maryland Hall for the Creative Arts was renamed the Michael E. Busch Center for the Arts at Maryland Hall.