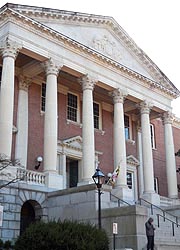 The Constitution of 1776 (sec. 24) provided that each house was to ". . . settle its own rules of proceeding." In November 1796, the Senate formed a committee to "report rules and regulations to be observed in the Senate." Called first the Committee on Rules and Regulations, it came to be known as the Rules Committee.

Proposals regarding rules, organization, and procedures of the Senate or the General Assembly are considered by the Rules Committee. Also, the Committee reviews proposed legislation introduced after the bill introduction deadline in a regular session and decides whether to re-refer those bills to a standing committee for consideration.