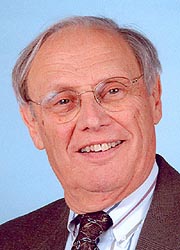 On June 4, 2013, part of Georgia Avenue in Silver Spring (near Kemp Hill) was renamed after Senator Teitelbaum.