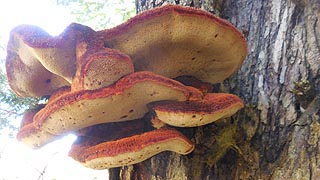 Fungi are their own distinct kingdom, separate from plants and animals. They are eukaryotes, which means that their genetic material is stored in the enclosed nucleus or nuclei of a cell. They include molds, the group commonly known as mushrooms, and yeasts. 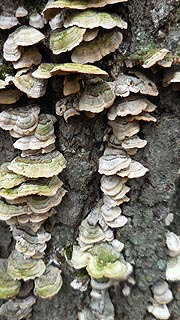 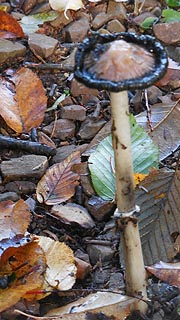 Molds are multicellular. A mold's body, or mycelium, is made up of a mass or web of expanding, threadlike filaments, or hyphae, surrounded by a hard cell wall. Its cell walls are made of chitin, a molecular substance which forms a tough outer covering, similar to the hard exoskeletons of insects or crustaceans. Spores grow on some of the hyphae and spread by air or water in order to reproduce.

Mushrooms, like molds, are multicellular fungi made of hyphae. While most of the organism is underground or hidden from view, the "fruit" or mushroom (or toadstool) is the visible part of these fungi which contains the spores.

Yeasts are microscopic, single-celled organisms that are spherical or oval in shape. Reproduction occurs when a new cell breaks away from the original cell. 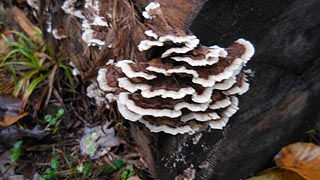 Fungi can grow in any environment, but they generally are found on land. Fungi are heterotrophic, meaning they obtain the nutrients that they need from living or dead organisms around them. The fungus releases digestive enzymes which dissolve the organic matter into molecules that then are absorbed.

Some fungi can be very beneficial. They decompose dead organic materials, providing essential nutrients for other organisms in the ecosystem. 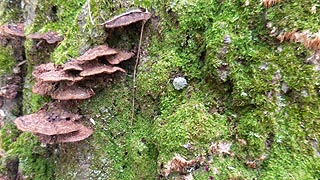 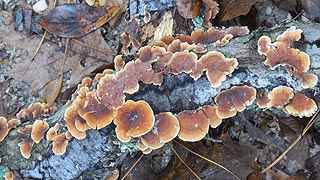 Many antibiotics and other drugs, including penicillin, are made from fungi. Mushrooms and truffles are used as food. Yeasts not only are used for baking bread and fermenting alcohol, but also for genetic studies and other scientific research and analysis. Some fungi are used in detergents or pesticides. 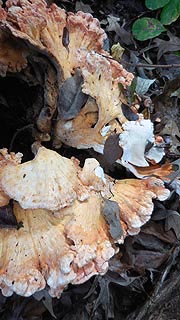 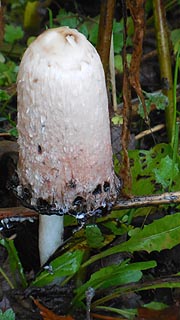 Other fungi, however, are dangerous. Fungal diseases, including rust, smut, and rot, can cause significant damage to and loss of agricultural crops, and other plant or tree life. Mycotoxins produced by pathogenic fungi can cause a variety of infections and diseases if inhaled or ingested, or if they come in contact with skin. Some produce mild infections, such as athlete's foot, ringworm, and onychomycosis (nail infection), while others cause more serious, sometimes life-threatening diseases (especially in those with weakened immune systems), including aspergillosis and histoplasmosis (diseases which generally affect the lungs). Several varieties of mushrooms are poisonous and should not be ingested. 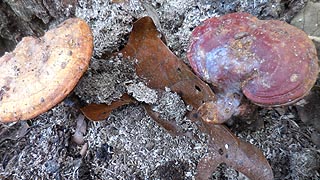 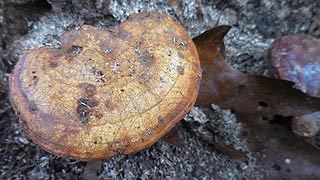