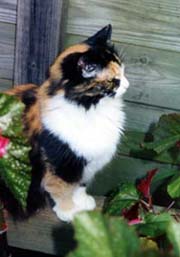 Calico is not a breed of cat, but an unusual coloring occurring across many breeds, including Domestic Short-hair, Persian, and Manx. Virtually all calico cats are female; a male calico is a genetic anomaly and usually sterile. Producing calico kittens through selective breeding also is nearly impossible due to unpredictable actions of genes and chromosomes when cells multiply in a feline fetus. 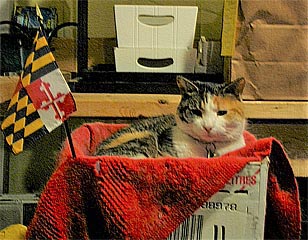 A calico cat must be a tri-color, with its three colors in distinct patches, not mixed as in a tortoiseshell cat. Some breed standards specify what percentage of the body must be white; others allow tabby striping in the color patches. 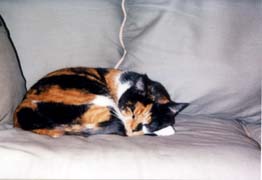 To be a true tri-color, a calico cat's colors must be: white; red or cream; and black, blue, chocolate, lilac, cinnamon, or fawn. The variations in color from red and black are caused by a gene which dilutes, or lightens up the basic color, and produces a dilute calico cat, most commonly with a coat of white, cream, and blue. Brown colors such as cinnamon and fawn are recessive to black, and consequently more unusual.