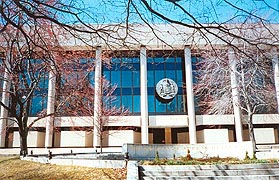 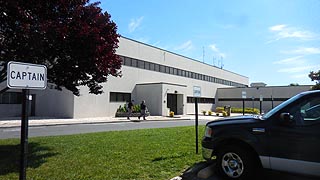 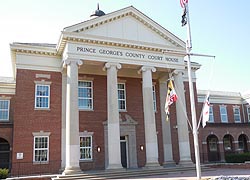 Concerns about criminal law are addressed by the General Assembly through the Senate Judicial Proceedings Committee, the House Judiciary Committee, and certain joint legislative committees.

Persons convicted of a crime in Maryland may be sentenced to imprisonment in a State prison, or a local department of corrections. Typically, such local departments, detention centers, or jails hold prisoners sentenced for shorter periods of time and for lesser offenses than those held in State prisons. 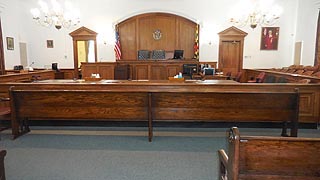 The Department of Public Safety and Correctional Services operates 24 correctional facilities, as well as the Patuxent Institution (providing specialized treatment), the Central Booking and Intake Center, and the Baltimore Pretrial Complex and Youth Detention Center. 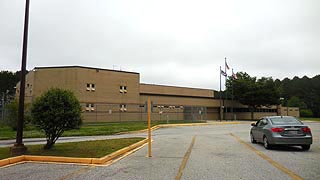 The State also administers programs which are sentencing alternatives to imprisonment. These include boot camp, home detention, intensive supervision, and day reporting.

Rehabilitation. In order to reduce prison idleness and improve the employability of prisoners when they are discharged, inmates are given the opportunity to work. In Fiscal Year 2021, some 8,792 inmates earned up to $3.30 daily in paid work assignments. 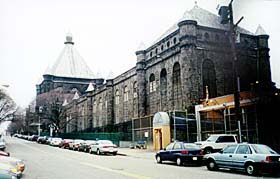 In Fiscal Year 2021, Maryland Correctional Enterprises employed over 1,000 inmates at 11 correctional facilities with sales of $50.2 million. Inmates worked over 1 million hours and received $1.4 million in wages while the economic impact to the State was $54.1 million. According to the 2019 National Correctional Industries Association Directory, Maryland Correctional Enterprises ranked ninth in the nation for sales and eighth for traditional inmate employment. Furniture constituted the bulk of sales at 40.6%, followed by meat at 16.2%, graphics at 13%, and textiles at 10.8%.

While helping the community, some programs allow prisoners to learn skills. In these, inmates tend gardens inside prison walls and donate the produce to the poor, while others harvest crops for the Farm to Food Bank Program of the Maryland Food Bank. Through the Department's Public Safety Works in Fiscal Year 2021, inmates worked with Farming 4 Hunger, a nonprofit organization, to farm and harvest more than 318,000 pounds of food. Also, 650 broiler chickens and 6,500 dozens of eggs were given to food pantries to help local families. Inmates assist county recreation and parks departments with grounds maintenance. In Fiscal Year 2014, about 120 inmates helped with the deconstruction of the Maryland House of Correction, after they received training in the abatement of hazardous materials. 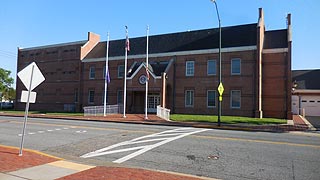 Throughout Maryland, some prisoners work with animals in various programs. Inmates learn how to care for rescued and retired race horses at the Second Chances Farm at the Central Maryland Correctional Facility in Sykesville, a Public Safety Works program which began in 2008. Through the Canine Partners for Life, prisoners train dogs to become service animals for disabled individuals, while those working with America's Vetdogs train puppies to become service dogs for wounded veterans.

In Fiscal Year 2021, some 1,908 inmates participated as students in the Correctional Education Program, 522 learned occupational skills, and 450 were in transitional programs. Of those, 5 students received high school diplomas, 80 earned occupational certificates, and 135 were awarded Transition Program certificates. In Fiscal Year 2021, the Tablet Program (initiated in November 2017) was equipped with 87 tablets for over 520 students in eight facilities, but wasn't run due to COVID-19. 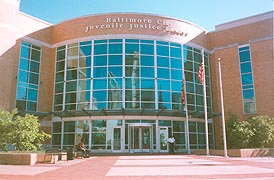 Juvenile Offenders. Persons under age 18 who are charged with a crime generally fall under the jurisdiction of the juvenile justice system. Maryland's juvenile justice system is the responsibility of the Department of Juvenile Services. The Department provides care and treatment for youths who have broken the law, or who are adjudicated a danger to themselves or others. For young offenders, the least restrictive setting is preferred, but for serious and chronic offenders, secure institutional detention is a viable sentencing option. 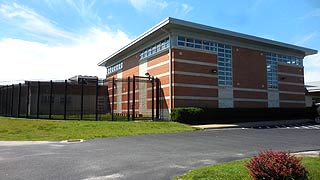 In Maryland, for certain crimes, youths may be tried and sentenced as adults. As of Fiscal Year 2021, some 5 individuals under age 18 and 24 eighteen-year olds were imprisoned in State correctional facilities for adult offenders.

Victims of Crime. In Maryland, victims of crimes are offered a range of services throughout the criminal justice process. Notification on the status of cases in criminal court, pretrial conferences, court accompaniment, and crisis intervention are provided in most counties by the County State's Attorney's Office, or in Baltimore City, the City State's Attorney's Office (see local law offices). Within the Department of Public Safety and Correctional Services, victims services units provide information about the detention and release of offenders and their whereabouts. They also advise victims how to obtain financial compensation through the Criminal Injuries Compensation Board. Also, the Victim Services Program is overseen by the Governor's Office of Crime Prevention, Youth, and Victim Services.

For victims of juvenile crimes, the Department of Juvenile Services provides direct assistance. It also considers their emotional, physical and financial needs when resolving cases. Often, young offenders are required to reimburse the victim directly for losses resulting from their delinquent acts.