Publications by the Friends

One of the Friend's most important missions is to make possible the publication of historical works relating to the history and culture of Maryland. These include both books, pamphlets, and brochures.

Head to the Archives' bookstore to purchase these and many other publications. All proceeds from their sale are used to support the activities of the Friends.

For more information about the Friends of the Maryland State Archives e-mail: msa.friends@maryland.gov

John Jacob Omenhausser was a former Baltimore resident who joined the Confederate Army during the Civil War. His last year of the War was spent as a prisoner at Point Lookout in southern Maryland. Many of these drawings and letters are from that period.

Prints of Baltimore and Beyond

A lovely book of historical prints of Baltimore and other regions of Maryland, dating from the 18th - 20th centuries from the Willard Hackerman collection of prints. The prints are interpreted with interesting and scholarly texts by Edward C. Papenfuse, retired Maryland State Archivist, and Rob Schoeberlein, director of the Archives' special collections. 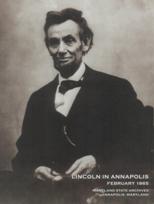 This 48-page booklet describes the circumstances of Lincoln’s brief visits to Annapolis in February 1865, on his way to and from a conference in Hampton Roads, Virginia that he hoped would bring peace to a nation torn apart by the Civil War. Lincoln’s decision to attend the meeting was a spur-of-the-moment one, so the rail line that would have taken him to the steamship wharf on the grounds of the US Naval Academy was clogged with supplies. On his arrival in Annapolis, the president walked from the train depot at West and Calvert Streets to the wharf. This beautifully illustrated booklet, written by local author Rockford E. Toews, with an introduction by State Archivist Dr. Edward C. Papenfuse, was made possible through grants from the Friends of the Maryland State Archives and the City of Annapolis.

My Unexpected Journey: The Autobiography of Governor Harry Roe Hughes

From an Eastern Shore farming town, Harry Roe Hughes rose to serve two terms as Maryland's 57th governor. His 30-year political career has left a lasting and significant impact on the lives of Marylanders.

Website and brochure, featuring a mural of the State House dome created by artist Richard Schlecht for the exhibit of the same name in the State House. The creation and installation of the mural were funded by a grant from StarSpangled 200, Inc. 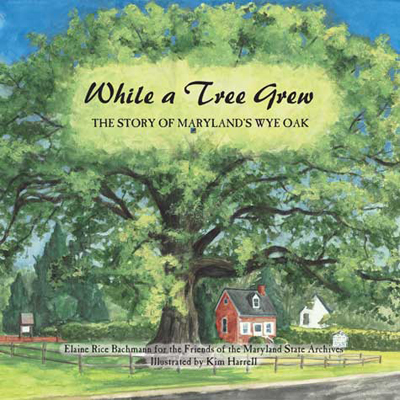 While a Tree Grew: The Story of Maryland's Wye Oak

While a Tree Grew: The Story of Maryland's Wye Oak by Elaine Rice Bachmann, for the Friends of the Maryland State Archives. Ms. Bachmann is director of Artistic Property, Conservation and Outreach at the Archives. She was closely involved with the creation of the Wye Oak Desk for the governor. This beautifully illustrated book, which takes young children on a journey through Maryland history through the life of the tree, resulted from remarks she gave at the planting of a Wye Oak sapling at her son's school.

Tax deductible donations can be sent to: Friends of the Maryland State Archives, 350 Rowe Blvd, Annapolis MD 21401 or donate online. Your support is greatly appreciated.

The Friends of the Maryland State Archives is a registered 501(c)(3) corporation and all donations to it are fully tax deductible.