THE HISTORY OF THE MARYLAND STATE HOUSE:
The Past in Images

The present Maryland State House is actually the third one to stand on State Circle in Annapolis. The first state house was built soon after the capital of Maryland was moved from St. Mary's City to Annapolis in 1695. This first state house burned down in 1704, and this conjectural drawing by Elisabeth L. Ridout shows what it may have looked like:

The second state house on State Circle was completed in 1709 and, within 60 years, had become much too small for the colony's growing government and was too delapidated to warrant renovation. It was torn down and construction on the new state house was begun in 1772, with Joseph Horatio Anderson as architect and Mr. Wallace as the "undertaker." Work on the third state house was begun in 1772, but, by 1784, was still not complete. The roof leaked and the cupola was described as inadequate, unimpressive and too small for the building. This conjectural drawing, also by Elisabeth L. Ridout, shows what this building probably looked like: 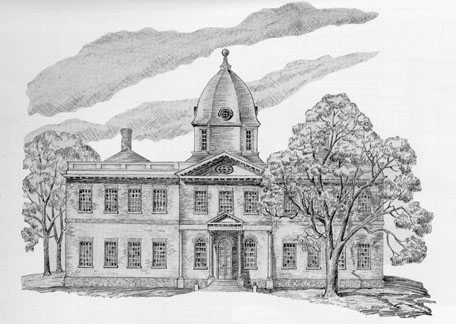 By 1788, the roof had been replaced, the old cupola had been taken off and the exterior of the dome we see today had been completed. Some of the earliest and most important images of the new State House are drawings made by Charles Willson Peale. In 1788, Peale made drawings of the State House and the dome indicating the colors used on the various features. 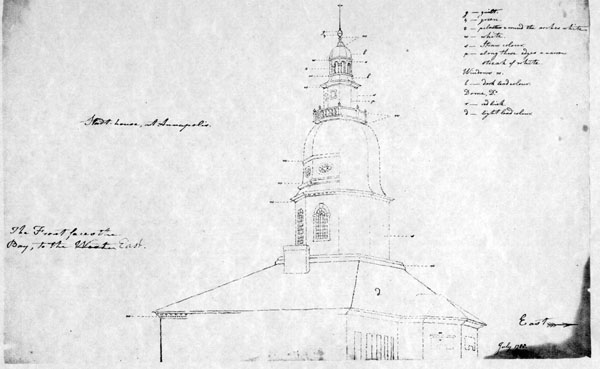 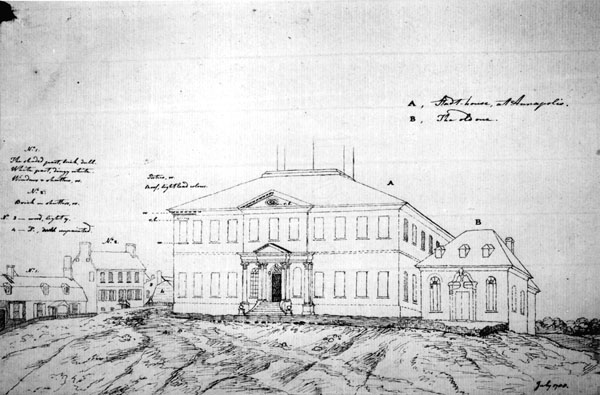 This lovely image from an 1850 Sachse engraving called "A Bird's Eye View of Annapolis" gives an idea of what the State House looked in the middle of the 19th century:

These are two early photographs of the State House, the one on the left dating from before 1872 and the one of the right from the period 1872-1881:

Throughout the 19th century, a number of modifications were made to the State House, including the addition of two annexes which were built onto the back of the building to provide more space for the growing business of Maryland government. The octagonal annex was built in 1858 and housed the State Library. This image is a conjectural drawing of how the first annex looked: 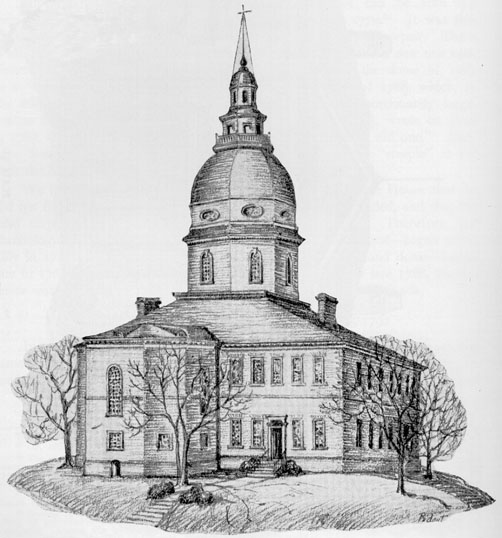 In 1886, a second, rectangular, annex was built. The following images show the annexes and the floor plan of the State House before the removal of both of them in the early 20th century: 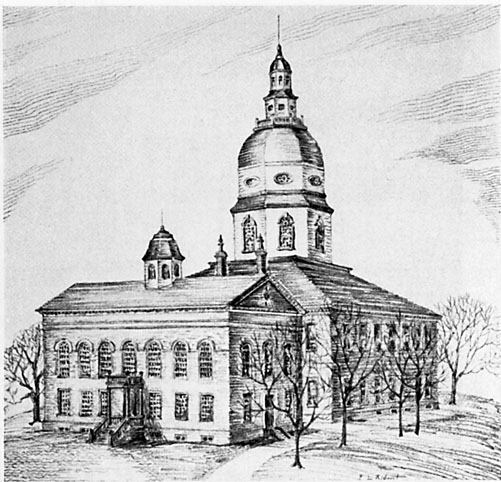 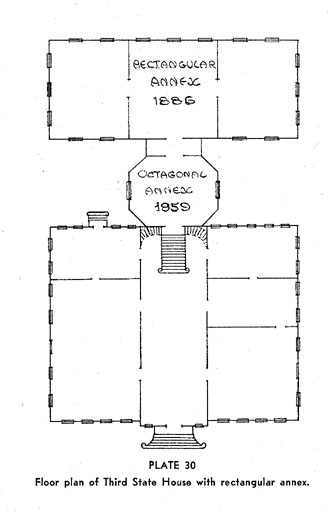 Both of these annexes were removed in 1902-6 when the present annex which houses the new House and Senate chambers was built. This image, perhaps from 1886, shows the State House with the two annexes, as well as Government House which was completed in 1870:

In 1882, a number of changes were made to the State House grounds. The iron fence around State Circle was taken down, the wall around the grounds was removed and partially rebuilt, and the walkways were widened. The design for these changes were done by the noted Annapolis artist Francis B. Mayer. The following image shows the State House in the 1887-1902 period. On the right can be seen the Old Treasury Building which was built in 1735 and remains on State Circle as the oldest public building in Annapolis. The large building between the Old Treasury Building and the State House is the Comptroller's Office which was torn down as part of the 1902-6 renovations of the State House and its grounds. 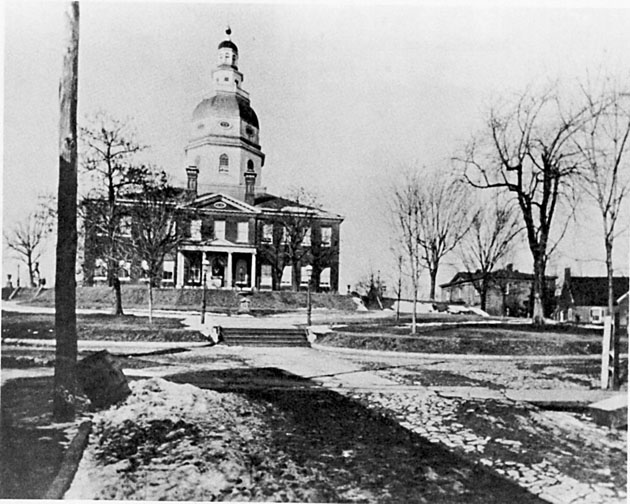 During the renovations of 1902-6, the two annexes on the back of the building were removed and a large new, rectangular one was built. Designed by architects Pennington and Baldwin of Baltimore, the new annex is still in use today and contains the chambers of both the Senate and the House of Delegates. A wide black line on the floor of the State House lobby divides the old section from the new. In the colonial revival style, the new annex presents an imposing face of the State House to those approaching from the main entrance to Annapolis, Rowe Boulevard. This image is an early view of the new annex: 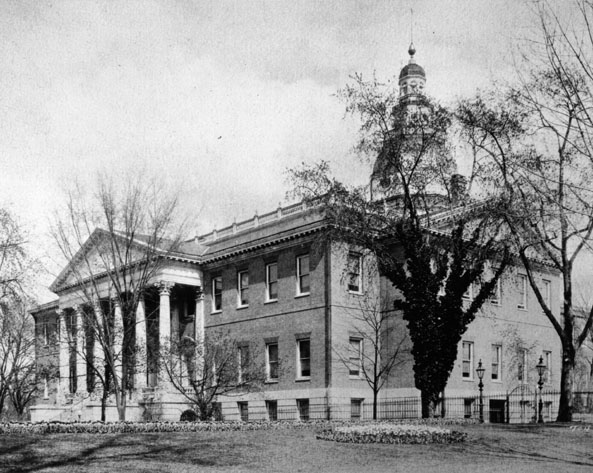