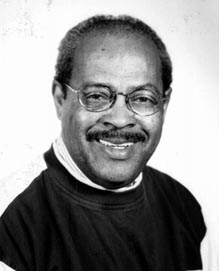 Jerry M. Hynson was born in Baltimore, Maryland. He is the oldest child of Charles and Eunice Hynson of Baltimore, Maryland and Saluda, Virginia respectively. Jerry was educated in the public schools of Baltimore. He received BA from St. John's College and M.Ed. degree from Loyola College respectively. Jerry has also studied at the University of Maryland School of Law, the State University of New York, and Morgan State University. After a career in the Baltimore City School System as a teacher, and administrator he retired and began to research his family history. This led to an introduction to a career in the publication of Genealogical and Historical Research finds. His publications are listed below.

Jerry has also served as a volunteer at the Maryland State Archives, and as a member of the Search Room Advisory Committee at the Archives for a number of years. Surnames that are the subject of his family research are: Braxton (Va.), Hynson (Md.), Reed (Va.), Kess (Md.), Hall (Md.), Burrell (Va.).