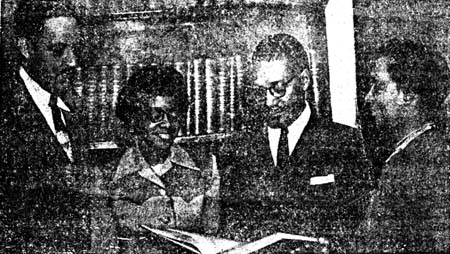 When Esther McCready won admission to the University of Maryland's School of Nursing, her attorney, Donald Gaines Murray fulfilled an obligation. Aside from the obvious responsibility to his client, Miss McCready, Murray repaid a debt to the Baltimore community, to the National Association for the Advancement of Colored People (NAACP), to his co-counsel Charles H. Houston, and to himself. Fourteen years earlier, with the help of the NAACP and Houston, Murray had established the legal foundations of the case he later argued for McCready. Thus, in April 1950 things had come full circle.

The opinion in the case, Esther McCready v. Harry C. Byrd, et al., handed down by the Court of Appeals in April 15, 1950 conveyed the influence of the earlier Murray decision. This influence, the court held, had effected not only on the state of Maryland, but also the decisions of the U.S. Supreme Court. In cases of similar circumstance, decided between 1938 and 1948, the U.S. Supreme Court ruled as the Maryland Appelate Court had in 1936 -- when states do not meet the "equal" provision of Plessy v. Ferguson (1896), the group at the disadvantage were to attend the available facilities with the favored group. "We cannot subtract anything from what the Supreme Court has said," wrote Justice Markell, "It would be superfluous to add anything."