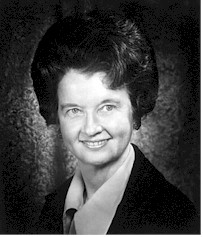 Marjorie S. Holt and her husband Duncan
after her victory over Louis N. Phipps for
the position of Clerk of the Court.
(Photo from the Evening Capital on November 9, 1966)